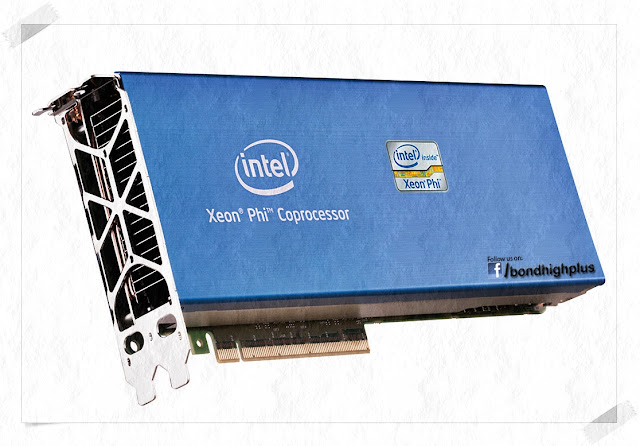 Intel’s Xeon Phi co-processors are aimed at high density servers and their current line up includes just the 5110P and 3100. This range of processors from Intel is set to be expanded this month as Intel adds some higher end models and some more budget models with 3100 and 7100 models plus an additional 5100 model.

The Xeon Phi 3100 series will be positioned as the “inexpensive” (for businesses) co-processors for compute-bound tasks. Intel is launching the 3120A and 3120P for this, both are identical but feature different cooling solutions. These PCI Express add in cards each feature 57 x86 cores at 1.1GHz, with 28.5MB of L2 cache, 6GB of onboard cache, a 300W TDP and 1003 GFLOPS of performance.

The Xeon Phi 7100 series adds the 7120P and 7120X models which have 61 cores at 1.25 GHz. The difference between the two come in the form of the cooling solution and connector type

Full specifications can be seen below:

For those of you who are unaware as to what “Xeon Phi co-processors” are, they are Intel’s attempt at competing with AMD and Nvidia in offering add-in cards that can provide some serious compute performance. AMD and Nvidia already provide these in the form of the AMD FirePro, Nvidia Quadro and Nvidia Tesla enterprise add-in cards. However, about 9 months ago it emerged that Intel’s Xeon Phi could barely compete with AMD and Nvidia’s last gen graphics architecture design in terms of compute performance. I have yet to see a current generation GPU architecture vs Intel Xeon Phi comparison but you can bet that the current generation GPU architecture wins comfortably and at a lower price. That said GPU compute is likely to be the way forward in terms of cost-efficiency but Intel’s Xeon Phi does perform admirably and Intel is pumping in a lot of money to it.


USE: These are designed for Compute acceleration and parallel processing in a high density server environment.