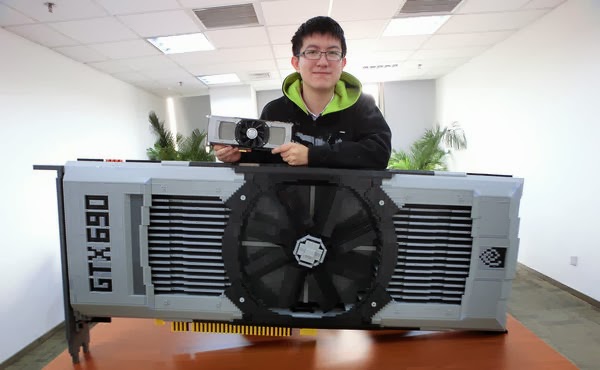 You see that guy up there! He's Xiaosheng Li. A big fan of Nvidia. He loves his GTX 690 graphics card so much that he built one out of Legos. Legos is a Danish made construction toy. 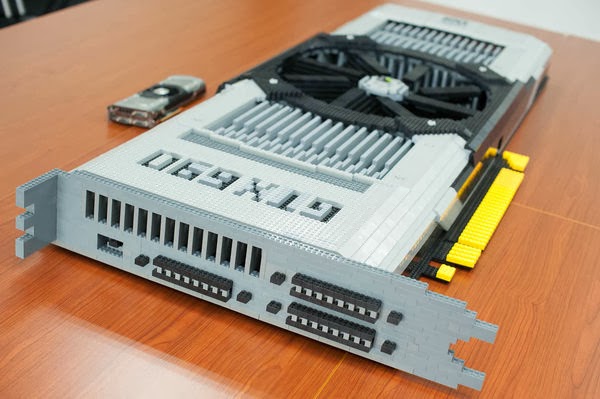 Xiaosheng used 11,396 Lego bricks, with the end result being a six foot long, two foot wide Monster Graphic card. The project took him three months of period as well as 10,000¥, equal to about $1640. To design the card, Xiaosheng used the LEGO Digital Designer Software. 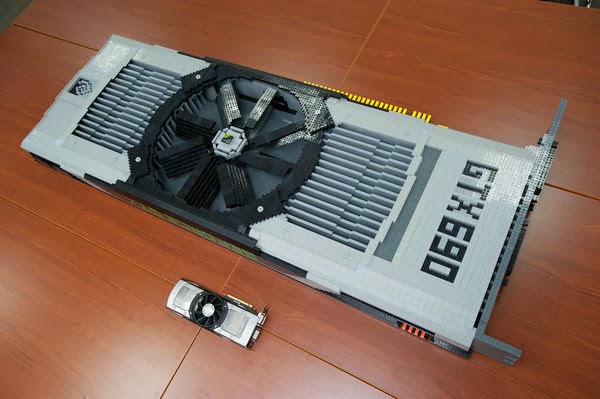 This Graphic Card do not run any games but it does have a working fan though !!