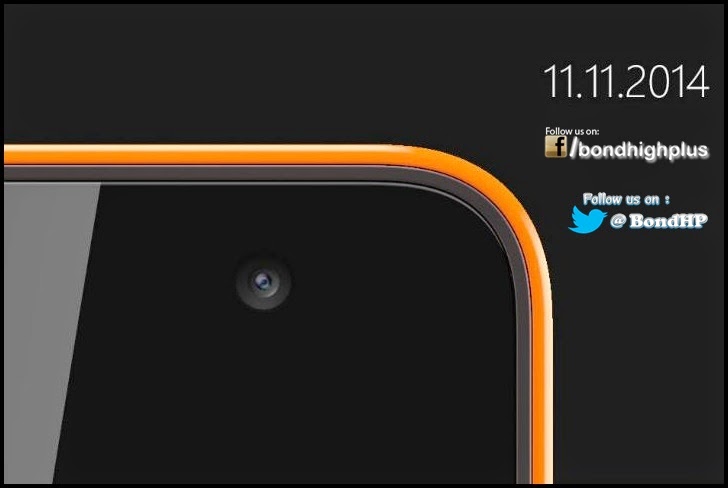 The teaser image doesn't show much of the next Lumia. Looks just an orange exterior and a front-facing camera.

As you can still except to see Nokia-branded devices like the Lumia 830 in stores for a while, on the current Microsoft phones like Lumia 730 and 735 Nokia name will still be remaining.